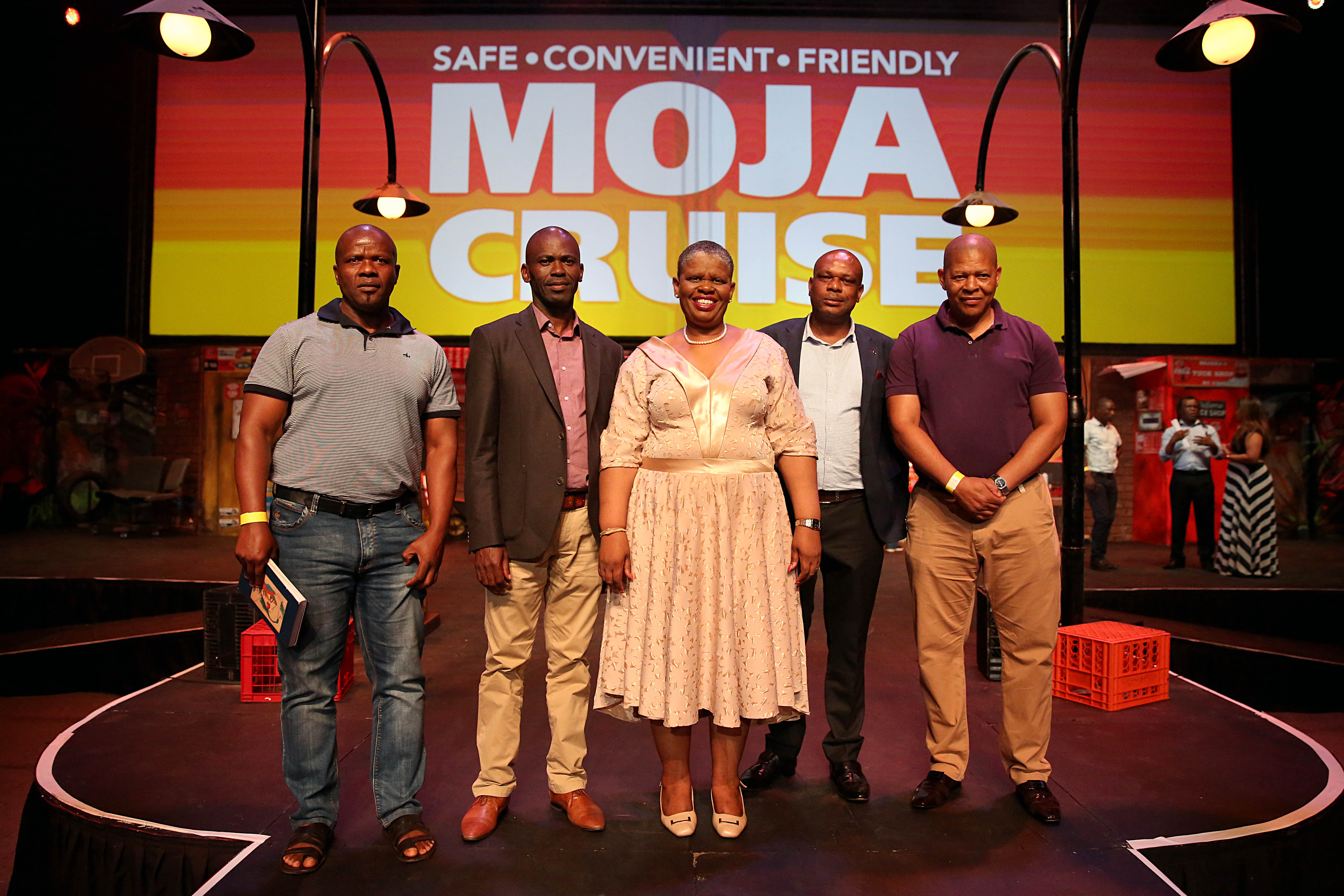 Celebrating the role of the mini-bus taxi industry in the delivery of public transport in South Africa through the decades, pioneered out of sheer necessity during the years of apartheid, the Mayor, Cllr Zandile Gumede, invited representatives of the taxi leadership, to become involved in this new programme. “You have played a very important historical role in public transport. We acknowledge this and thank you, and we invite you to continue to do so with us, within an improved system for the City.”

“As we usher in a new era for public transport, we assure you that as government, we are walking side-by-side with you in creating solutions to the challenges that you face,” she said to the gathering of about 550 people including representatives of mini-bus taxi industry, politicians and City officials.

“We have and will continue to engage with the leadership of the industry, to develop a way in which operations can be improved and eventually incorporated within the new system.”

Cllr Gumede explained that as the growing needs for cities across the globe to become more inclusive, safe, resilient and sustainable in line with the United Nation’s New Urban Agenda, the eThekwini Municipality, will be rolling out GO!Durban, its long-term public transport plan, which includes the current public transport operators.

KwaZulu-Natal MEC for Transport, Community Safety and Liaison, Mr Mxolisi Kaunda has given provincial government’s support for the programme.

As a building block towards the new system, Moja Cruise has been created as a voluntary programme, which will begin as a pilot or test case in about four to to eight weeks time, with an expected 500 taxis initially enrolled. These taxis will be branded and easily identifiable as participants within the programme, and will include taxis from all Associations within the eThekwini Municipality. The successes and challenges of this pilot will help inform the future roll out of the programme throughout the Municipality.

Devised to improve operators’ businesses through better services to the commuters, and drivers rewarded for excellence, Moja Cruise will focus on providing an efficient, friendly and safe experience for customers.

The launch revealed some of the details of the programme, which will track vehicles and obtain feedback from the various structures like rank marshalls, associations and state-of-the-art tracking systems. Eventually commuters will be asked to rate their experiences. This will all feed into a system, which rewards the drivers and operators for excellence on a monthly basis.

Going forward, the City plans to develop public-private partnerships to support a bigger rewards programme which will help add value to the business operations of the taxis such as discounts on tyres, services and insurance, amongst others.

Preparations are in place to brief the industry ahead of the implementation of the programme towards the end of the year.

Creating an active and enjoyable learning environment is one of the approaches through which eThekwini Municipality is familiarizing learners with road safety, in an effort …